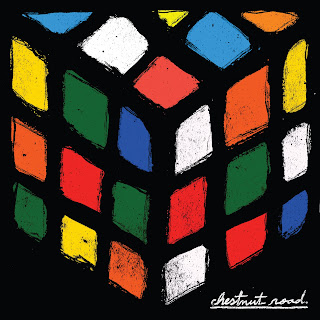 It is with great excitement that I can finally say that PopKid Records will officially, 100% be back in action in just a few weeks time.  We haven't put out a new record in 10 years, but when the chance to be involved in this album came up, we knew now was the time to get back in the game.  An extra added bonus is that this will be the first PopKid Records full length album that we're releasing on vinyl!

Chestnut Road has been one of our favorite current bands here at PopKid HQ.  Ever since they burst on the scene with their 1990's UK punk rock leaning sound (though they're from France) we've been buying every record of theirs that we could.  If you enjoy bands like Broccoli, Hooton 3 Car, Leatherface or other melodic punk bands of that ilk, I think you're really going to dig these guys.

We've put up 1 song from the record up on our Bandcamp page at https://popkid.bandcamp.com/album/lp-ii, we truly hope you enjoy.  We're not going to do a preorder on this album (in general we think preorders stink), but as soon as we have these records in hand, they will be for sale.  We're hopeful it'll just be a few more weeks.

Posted by PopKid Records at 4:09 AM No comments: